Ghosts march for freedom of assembly in South Korea

Freedom of assembly is currently under threat in South Korea. Nowhere is this more evident than in the case of 68-year-old farmer Baek Nam-gi who was knocked head first to the ground by a mixture of water and chemical irritant shot from a high pressure water cannon by police on November 14 last year during a People’s Rally demonstration in downtown Seoul.

Farmer Baek’s case is symptomatic of a deeply worrying trend in which the space for public expression and dissent in South Korea is shrinking. Police routinely employ excessive force to disperse large demonstrations with little accountability to those whose rights are trampled in the process.

Two days before the demonstration, Seoul Police Commissioner, Goo Eun-su announced that he would erect bus barricades to block the protest if it were to move towards Gwanghwamun Plaza. On the day, 20,000 police and 679 buses were deployed to surround the protest.

More than three months on, Baek remains unconscious and is unlikely to ever recover. His family has yet to receive an apology and those officers responsible have not been held accountable for their actions.

Rather than guaranteeing and protecting the fundamental rights to freedom of assembly and expression, police have banned nearly all protests around the Blue House and continue to announce that protest are “illegal” even before they take place. A common reason given for issuing a ban is that protests are a traffic obstruction. Police statistics obtained by the National Assembly’s Security and Public Administration Committee member, Yoo Dae-oon show that 104 out of the 151 bans issued in the first ten months of 2015 were made on these grounds.

Under the current Park Geun Hye administration, freedom of assembly has become a mere ghost of itself.

In light of this, Amnesty International held a “Ghost Protest” in Gwanghwamun Plaza, downtown Seoul yesterday on the evening of February 24. Flickering apparitions marched in formation against the backdrop of ancient Gyeongbok Palace, hoping their messages would reach the public – and the Blue House.

In the first protest of its kind in Asia, holographic demonstrators were projected into the night chanting messages including, “We are not illegal!” and “Guarantee our right to peaceful assembly.” The protest was inspired by a similar hologram protest held in Madrid in April of 2015 protesting the so-called “gag law” which places heavy fines on protesters assembling around government buildings.

Concerned members of the public were invited to join by entering a film studio two weeks in before the protest ready to be turned into apparitions. Others recorded their own protest message or wrote to Amnesty suggesting picket slogans. The interest was overwhelming, with over 180 participants signing up within two days.

Ironically but perhaps expectedly, Amnesty International’s own attempt to register the Ghost Protest in front of the Cheongunhyoja-dong Community Service Center nearer the Blue House was also turned down on grounds that it would obstruct traffic. Within days of our planned protest at Gwanghwamun Plaza being announced to the press, the police had already begun examining whether it was illegal.

South Korea has come a long way since military rule was finally overturned and democracy was won by ordinary citizens taking to the streets and making their demands known. Freedom of assembly is not a privilege to be controlled and rationed by the authorities. Rather, it is a fundamental human right that governments and police forces should protect and guarantee.

The South Korean government must take concrete steps to hold accountable those police employing force arbitrarily and must ensure that the demonstration notification process is not used as a permit system.

Under the current situation in which the freedoms of assembly and expression are being reduced to ghost-like impersonations of what they ought to be, farmer Baek has become an unwitting symbol of the slow death of freedom of assembly in South Korea.

This must be the last time ghosts converge to haunt the streets of Seoul. Rather than ghosts, the people must be free to exercise their basic right to freedom of assembly and in doing so reclaim the spirit of democracy that was once won on the streets. 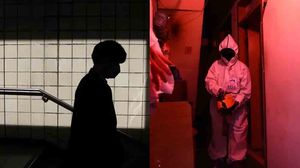 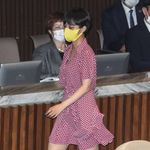 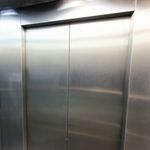 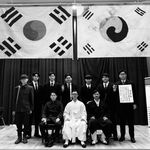 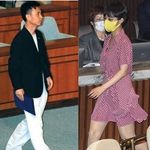 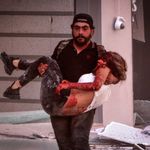 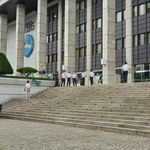