Last month, Maxim Korea was briefly in the news for its upcoming September issue which featured veteran character actor, Byung-ok Kim, whose name is synonymous with the bad/tough guy in Korean cinema, on the cover. The issue wasn't the portrayal of Kim's bad guy persona in the photo, but a shapely set of woman's legs sticking out from the trunk of a car in the background.

Though Maxim explained that the piece was meant to give a sense of all the bad guy roles Kim played as a murderer, kidnapper, etc. in his lifetime, people still took exception, accusing the cover of being "offensive, terrible and unsuccessful" in its intended effect. On Aug. 21, Maxim made an official statement, defending its decision about the magazine cover, saying, "Contrary to accusations Maxim did not idealize sexual crime as sexual fantasy."

The statement can be seen in full below:

My name is Young-bee Lee, chief editor of Maxim Korea.

The cover that Maxim used for September was decided on by the editorial team in our efforts to portray Mr. Kim as the top bad guy actor in the crime/noir film genre.

Looking at the whole picture, you will realize that though he is portrayed as a serious felon with a body to haul, as if in a noir crime movie, there's nothing indicative of sexual crime.

Contrary to accusations Maxim did not idealize sexual crime as sexual fantasy. As they do in movies to move a story along the plot line, we tried to show a snap shot of what a crime scene featuring its bad guy might look like. We hope the public understands that that was strictly the intent of the magazine.

Megalia, an anti-misogynist group in Korea, begged to differ. It took issue with the fact that a female victim was used on the cover as well as with the words "real bad guy" to describe Kim in the scene.

Maxim's explanation about the cover is preposterous.

There's murder, kidnapping, etc. elements in the picture but no reference to "sexually criminal" content? If that was the case, why did the victim have to be a female?

And what were they trying to hint at using the term "real bad guy"? Are they saying they were unaware of what a "bad guy" refers to in Korea's dating scene?

Below is the cover in question.

Meanwhile "Maxim Girl 2014," Doo-ri Jung, has expressed solidarity with the anti-misogynist sisterhood, saying that after seeing the recent cover of the magazine, she has decided not to pose for Maxim. 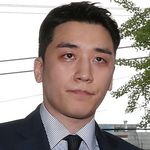 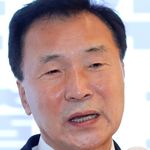 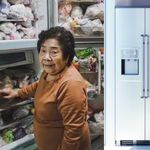 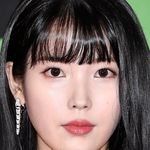 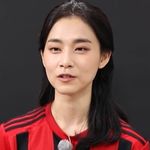 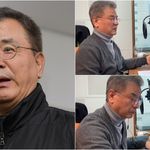