Tensions between North Korea and South Korea escalated this week as the countries exchanged fire across the border on Thursday.

North Korea blames the rise in hostilities on Seoul’s recent decision to resume anti-Pyongyang broadcasts from its side of the border. Kim Jong Un's government has threatened military action if the loudspeakers are not torn down by Saturday, but South Korea has refused to do so.

North and South Korea have been frozen in a state of conflict since the Korean War ended in a truce in 1953. The countries remain deeply hostile, exchanging occasional violence and plenty of vitriol across the Demilitarized Zone that separates them.

To better understand the latest flare-up, HuffPost Korea explains what led South Korea to resume the broadcasts, and why this touches a nerve in Pyongyang.

1. How did North and South Korea come to blows?

The South Korean military resumed loudspeaker broadcasts aimed at North Korea on August 10, after land mines in the border zone wounded two soldiers -- an incident Seoul blamed on the North. South Korea warned that it was considering additional measures besides the broadcasts.

Military tension escalated to a fever pitch on Thursday. According to the South Korean Defense Ministry, North Korea fired one round from a 14.5 mm anti-aircraft gun at 3:53 pm. Nineteen minutes later, the North began intermittently lobbying shells from a 76.2 mm direct-firing gun inside the DMZ, some landing only 700 meters (under half a mile) from the South’s perimeter. At 5:04 pm, South Korea returned fire from several dozen 155 mm self-propelled guns, with some shells dropping as close as 500 meters (under one-third of a mile) from North Korea's border. No physical or material damage was reported.

North Korea denies that it fired at South Korea, as well as the earlier land mine incident.

2. Why is North Korea so sensitive to loudspeaker broadcasts?

Loudspeakers have been used as a tactical weapon for psychological warfare along the Korean border zone for over four decades. According to Korea’s KBS News, they can be heard from as far as 24 kilometers away (about 15 miles) at night and 10 kilometers away (about 6 miles) during the day, potentially reaching North Korean civilians who live near the DMZ and the soldiers stationed in the vicinity. South Korea has recently put new loudspeakers in place with an even larger sound capacity, according to Yonhap News.

The recent anti-North Korean broadcasts apparently contained content that leader Kim Jong Un and his regime would consider very sensitive. The Chosun Ilbo, a South Korean newspaper, reported that “Beyond the status quo, the broadcasts contained a wider source of information than before, including information about the execution of certain military brass -- the kind of news civilians would normally be cut off from -- as well as messages about the superiority of free democracy, global news, weather, music, etc.”

South Korean military officials believe this kind of psychological warfare is very effective against the North. An anonymous source told The Chosun Ilbo that “From Kim Jong Un’s perspective, the loudspeaker is one of the biggest threats and an insult to his regime, as it exposes corruption in three generations of the Kim dynasty.”

3. Why did South Korea resume the broadcasts after 11 years of silence?

The broadcasts started up again this month after an 11-year hiatus. South and North Korea agreed to cease the loudspeaker broadcasts in June 2004, on the fourth anniversary of a breakthrough agreement between the nations to increase dialogue. Both countries wanted to achieve something positive, pledging that “Regardless of circumstance, both sides promise never to install or use propaganda equipment or materials.”

South Korea's resumption of the broadcasts breaks this deal. Seoul was reacting to the land mine explosion, and following its policy of taking strong counter measures in response to attacks from the North. However, some analysts were surprised that Seoul chose to resume the broadcasts, since they had been considered and rejected during previous flare-ups.

4. Why did South Korea react now?

Some argue that the South Korean military is trying to bolster its credibility. Since 2014, the media has been criticizing the military for not responding strongly enough to provocations from North Korea. Lawmakers have also lambasted troops' allegedly lax supervision of the DMZ. The military has defended itself, but the criticism probably stung.

Yet the military is also clearly taking the land mine incident very seriously. While visiting South Korea's outpost in the DMZ after the explosion, National Defense Minister Han Min-goo declared that the incident was “an act of clear provocation and a violation of the peace treaty that goes against the non-aggression pact between two countries.” It was thought to be the first land mine explosion along the DMZ in 48 years, according to The Hankook Ilbo newspaper.

Tensions are likely to continue. On Friday, Kim Jong Un declared his frontline troops in a "quasi-state of war."

The question is whether North and South Korea hold any cards that can defuse this situation. Though North Korea is calling on the South to remove its loudspeakers, it’s unlikely that the South Korean government will disengage the equipment without a clear reason. In other words, a dicey situation lies ahead.

This story originally ran on HuffPost Korea and has been translated from the original Korean version. 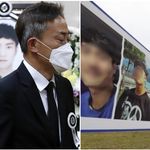 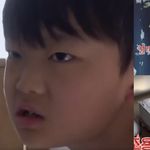 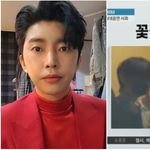 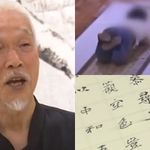 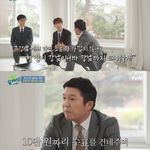 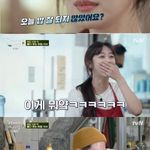