Dear LGBTQ friends and allies around the globe,

Greetings from the Rainbow Action and Sit-in Protesters at the Seoul City Hall. We hope this letter finds you in good spirit—wherever you are, whatever you are doing to make the world a better place to live in together.

Today, Tuesday, Dec 9, 2014, we, the protesters, continue our fourth day of sit-in at the Seoul City Hall. We decided to occupy the City Hall out of our rage at the fact that the Mayor of the Seoul Metropolitan Government (SMG), Park Won Soon, has rejected to acknowledge the duly passed Seoul Charter of Human Rights. The passed draft includes provisions that specify the citizens’ right not to be discriminated against based on their sexual orientation and gender identity, which the Mayor believes to be divisive, causing “social conflicts,” and thus to be doing more harm than good.

We need your support to urge our municipal government to listen to our voice of resistance. We need to show them that we are not alone in this fight for non-negotiable human rights of LGBTQ people living in Seoul. We do know that social justice can only be served when people are not afraid of taking side of the oppressed instead of strengthening existing discriminatory social hierarchy in the name of consensus.

Please read along the more detailed account of this fight and press Seoul Mayor Park. Help us ask him to retract his nullification of the passed draft of the Charter and push him to proclaim it tomorrow, Dec 10, the Human Rights Day, as it was originally planned. Let him know that the world is watching.

We are aware that this is such a short notice. We would greatly appreciate any form of support—tweeting, sending an email, issuing a statement, writing an op-ed, anything you can think of, anything you can offer. We have already been getting many messages of support from all around the world. We are grateful for that. But we definitely need more.

Passing and Nullification of the Charter

The Seoul Charter of Human Rights was a project that Mayor Park himself initiated as part of the pledges he made when he ran for the Mayor election in 2011. The Citizen Committee, composed of 164 lay citizens and human rights experts including professors and activists, was empowered with the authority to draft and conclude the Charter. Through the intensive deliberations for four months since August, the Citizen Committee passed the Charter on November 28, 2014.

During the process, the Citizen Committee, understandably in a sense, could not reach a consensus on a few provisions, including the non-discrimination provision that specifies “sexual orientation and gender identity” as protected categories (Article 4) as well as a provision that specifies “sexual minority”(LGBTQ people) as a group of people who are at high risk of becoming a victim of violence based on bias and hatred and thus to be more fully supported by the city (Article 15). After a long deliberation, the Citizen Committee agreed to decide the issue by vote and finally resolved to retain the LGBTQ related

provisions as they were originally drafted. It was only then that the SMG announced that they would reject the Charter unless it is adopted by a unanimous vote. They suddenly claimed the rule that never existed in the first place, nor does the SMG even have the authority to make.

On November 30, 2014, the SMG announced that it would not proclaim the Charter. And on December 1, 2014, Mayor Park, at a meeting with protestant pastors, assured that “As the Mayor of Seoul, I do not support homosexuality.” He apologized to the pastors for the “social conflicts” caused during the process and confirmed that the Charter will not be made with inclusion of such provisions that cause “social conflicts.”

We were appalled at the Mayor’s stance as he made a decision to scrap the legitimately passed Charter. He was basically saying that LGBTQ people’s human rights are an issue that requires a unanimous consensus. Isn’t it that human rights are for everyone no matter who they are? The mayor might have known that himself—but who knows what he might have actually thought at the moment he made that exact decision. Whether he was thinking about the universality of human rights or not, the important thing here is that he unwittingly aligned himself with a kind of selective human rights—of course it does not make any sense at all—while he approved bigots’ right to discriminate against people on the basis of sexual orientation and gender identity.

Apparently Mayor Park yielded under pressure of extreme rightists and conservative protestant groups of South Korea. These groups of bigots have persistently pathologized and stigmatized sexual minorities and gender nonconforming people. They have been virtually following every public event held by LGBTQ groups to violently disrupt those scenes and attack the participants for last few years. There was no exception this time. They did not hesitate to interrupt the public hearing on the Charter and consistently accused Mayor Park as a pro-North Korea communist who will ultimately lead South Korean society astray. They keep identifying LGBTQ people with the left and condemning both as a danger to national security and social orderliness.

Unfortunately, the combination of the far-right and the conservative Protestantism is one of the strongest lobbying powers in the South Korean politics with huge funding and believers to mobilize. There are few among elected officials and candidates who could completely ignore or fight off their influence. Maybe Mayor Park chose to build a coalition with them as a foundation for his future political career because he is considering running for presidency in the next election. But is he? If not, why is he trying so hard to be friendly with them? To witness the unexpected move of the Mayor is all the more shocking for us since he is a politician who was formerly a leading human rights lawyer and social movement activist defending monumental cases for victims of state violence and violence against women. He is breaking his own principles of democratic governance and now making an enemy of people he previously stood by.

As an elected official of the country’s capital city, Mayor Park just started to play a crucial role in consolidating a swing of hatred and discrimination despite his former activist position as a supporter of the marginalized and the silenced. We deeply deplore that he turned coat and are worried about its ripple effect on our previous and/or potential political

allies. The extreme rightists and conservative protestant groups now have a firm ground of such as a Seoul Mayor’s discriminatory comment to justify their agenda of fanatical bigotry.

Seoul is a metropolis of almost 10 million residents. Many of them are sexual minorities and gender nonconforming people. We the LGBTQ people are undoubtedly members of this ever lively city who deserve to have specified rights not to be discriminated against on the basis of our sexual orientation and gender identity. Help us make our Mayor see that we are present. We are now present in the lobby of the City Hall. We have been present all the way through the city’s her-history. We will continue to be present in the future as well. Since we have been, are, will be present here in the city of Seoul, our rights as human being and our rights as citizen can never be negotiable. They just have to be acknowledged and protected.

1) Mayor Park should agree to have a face-to-face meeting with the sit-in protesters regarding this situation. He has not sat together with LGBTQ activists ever since his election in 2011 while he has been busy reassuring homophobic-transphobic right wing fundamentalists.

2) Mayor Park should make an immediate apology as to the SMG’s failure in accountability as it did not even try to intervene in the disturbance and violence caused by the anti- LGBTQ intruders at the public hearing on Nov 20, 2014.

3) Mayor Park should proclaim the duly passed Charter of Human Rights on Dec 10, 2014 as it was first scheduled.

Help us be heard. You can do it.

Show your support for us by sending your message to Mayor Park Won Soon at: 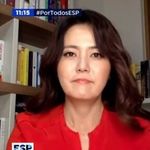 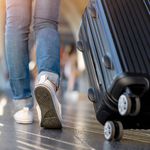 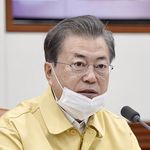 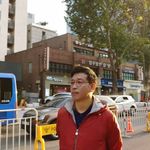 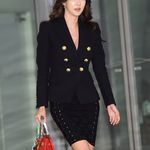 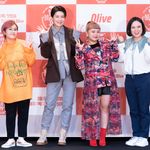